Investor risk appetite remained low as lower than expected auto sales, weak core sector output and GDP data raised concerns over the health of the domestic economy. All eyes are now on the RBI’s monetary policy meet outcome on December 5.

The BSE Sensex closed 8 points up at 40,802 and the Nifty50 index slipped 8 points to 12,048. Among secondary barometers, the BSE Midcap index lost 0.77 percent while the BSE Smallcap index declined 0.39 percent, underperforming the Sensex.

“Correction will get accentuated further if bears manage to push the index below the said average on the closing basis and in such a scenario initial target can be around 11,800. But, breach of this level can easily drag the index further lower towards 11,725,” Mazhar Mohammad, Chief Strategist – Technical Research & Trading Advisory, Chartviewindia.in said.

We have collated 15 data points to help you spot profitable trades:

Maximum call open interest (OI) of 18.86 lakh contracts was seen at the 12,500 strike price. It will act as a crucial resistance level in the December series.

A minor call unwinding was witnessed at 11,700 strike price, which shed 375 contracts.

Maximum put open interest of 31.76 lakh contracts was seen at 12,000 strike price, which will act as crucial support in the December series.

Stocks with a high delivery percentage

A high delivery percentage suggests that investors are showing interest in these stocks.

Based on open interest (OI) future percentage, here are the top 10 stocks in which long buildup was seen.

As per available data, there was no stock that witnessed long unwinding on December 2.

An increase in open interest, along with a decrease in price, mostly indicates a build-up of short positions. Based on open interest (OI) future percentage, here are the top 10 stocks in which short build-up was seen.

A decrease in open interest, along with an increase in price, mostly indicates a short covering.

Upcoming analyst or board meetings/briefings

The board of Brightcom Group will meet on December 3 to consider and discuss the preferential issue of shares.

The board of Nestle India will meet on December 3 to consider and approve the interim dividend.

The board of Gufic Biosciences will meet on December 3 to consider and approve quarterly results.

The respective boards of Kothari World Finance and Diamines & Chemicals will meet on December 3 for general purposes.

Stocks in the news

Bank of Baroda: The lender is to consider raising capital funds through the issue of capital debt instruments on December 5.

Jaypee Infratech: Yes Bank has filed a petition before NCLT Allahabad to initiate the corporate insolvency resolution process against Jaypee Healthcare Limited (a subsidiary of the company).

IOC: Parindu K. Bhagat ceased to be an independent director of the company from December 2, 2019.

Shiva Texyarn: CARE Ratings has revised the ratings on the company’s long and short-term bank facilities. 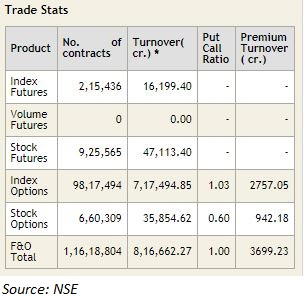 Stock under F&O ban on NSE

Get access to India’s fastest growing financial subscriptions service Moneycontrol Pro for as little as Rs 599 for first year. Use the code “GETPRO”. Moneycontrol Pro offers you all the information you need for wealth creation including actionable investment ideas, independent research and insights & analysis For more information, check out the Moneycontrol website or mobile app.